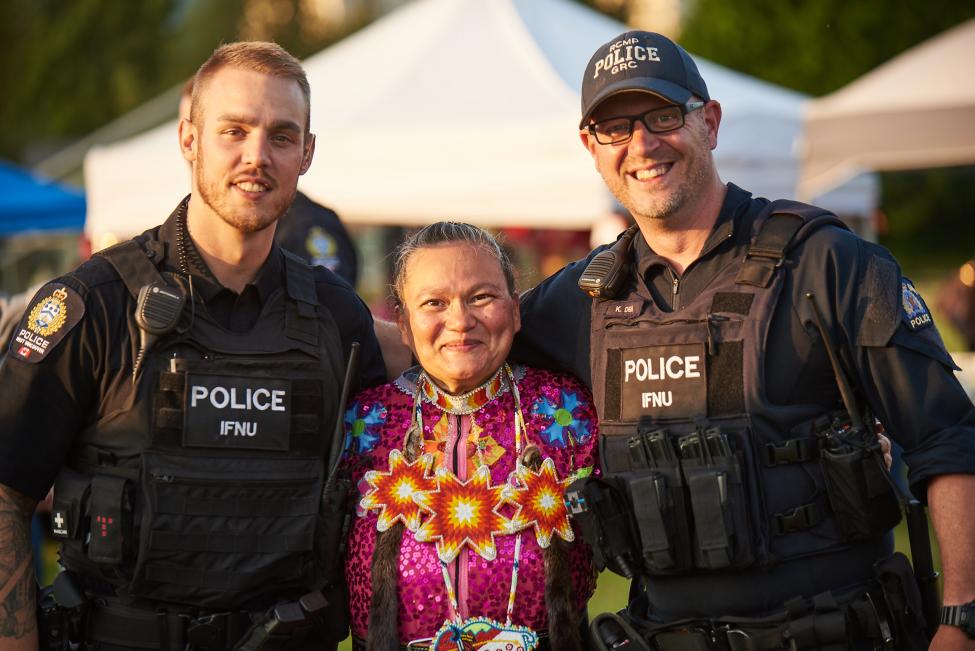 Building a strong and respectful partnership with First Nations is a longstanding, and vitally important priority for West Vancouver Police.

The First Nations We Serve

On February 08, 2008, after many years of relationship building initiatives, the Squamish Nation and West Vancouver Police culminated in an agreement to forge a new partnership, thus creating the Integrated First Nations Unit (IFNU).

They meet regularly with Chiefs and Council and staff from Social Development, Community Operations and all aspects of the First Nations governance and operations to review and address community concerns and priorities identified in the Integrated First Nations Policing Agreement.

They also work hard to provide all members of the community with help and information aimed at promoting understanding and positive interactions between Police and First Nations.

Wolf & Thunderbird - The Symbol Of Our Integrated Unit

Like the unit it represents, the unique appearance of Integrated First Nations Unit police vehicles symbolizes collaboration and integration.  Along with crests of the RCMP and West Vancouver Police, the vehicles bear a logo inspired by revered images of the First Nations served by IFNU.

Created by renowned Squamish Nation artist Xwalacktun the logo is a combination of Wolf on the left and a Thunderbird on the right. The Wolf is the artistic symbol of the Tsleil Waututh Nation and represents the traditional importance of family to First Nations.

The Thunderbird is the artistic symbol of the Skwxwu7mesh Uxwumixw (Squamish Nation) and represents belief in a greater force than humans looking down from above to watch over the safety of all people.