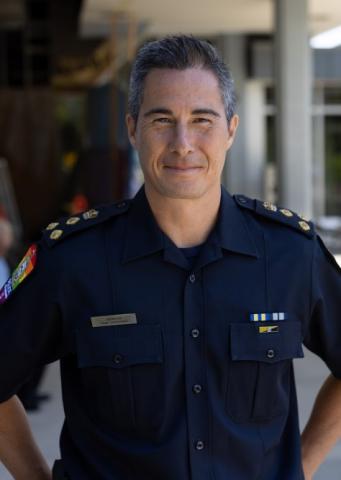 "A high performing Police Department starts with every employee determined to make a community safer."

Chief Lo holds a Bachelor of Arts Degree in Psychology from Simon Fraser University, a certificate in Management Essentials from the University of British Columbia Sauder School of Business, and is currently pursuing a Master of Arts in Conflict Analysis and Management through Royal Roads University. 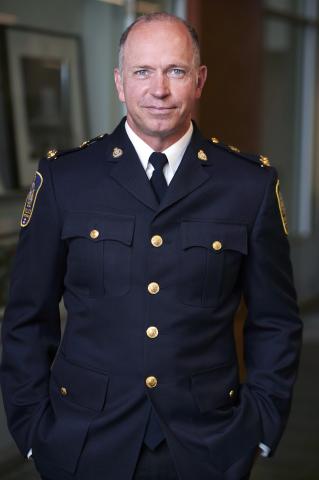 Tom moved to West Vancouver in 1986 and is a graduate of Sentinel High School. He holds a Bachelor of Arts Degree in History from UBC and a Juris Doctor, also from UBC.

He lives in West Vancouver with his wife and two sons. 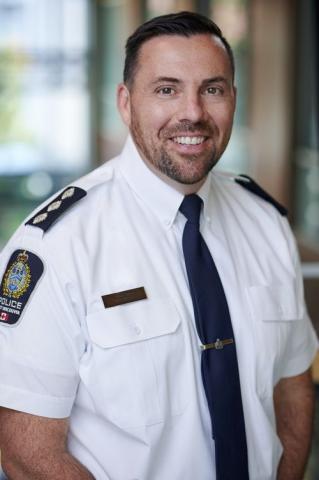 Inspector Nick Bell joined the West Vancouver Police Department in 2004. Over the course of his career, he has worked in Patrol, Surveillance, the Police Academy, Community Service Team, and Corporate Support Services. He was promoted to Inspector on May 24, 2022.

He lives in West Vancouver with his wife, two sons and their French bulldog, Rudy. 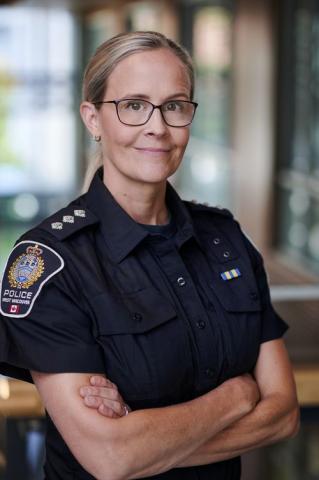 Erin grew up in BC’s Similkameen Valley and graduated from UVic. Upon completing university, Erin lived and worked in Mexico before moving to the North Shore, committed to a career in policing. Erin chose municipal policing in West Vancouver because of the close-knit community engagement that the career offered, something that resonated with her small-town roots.

Erin’s career with WVPD began in 2001 and has been mostly spent in the operational realm with many years of experience on the front line and in major crime/investigations. Throughout her career, she has held leadership positions in Patrol, Major Crime, Professional Standards and Operational Support.

Erin is the Chair of the WVPD Belonging and Inclusivity Committee and is currently working towards a certificate in Equity, Diversity, and Inclusion through UBC. Erin believes that the growth and development of people is the highest calling in leadership. She is committed to introducing opportunities for staff to excel and providing the community with excellence in response and investigations for a safe West Vancouver.

Julie Blais was born and raised on the south shore of Montreal.

Julie’s experience in the policing industry goes back to December of 2001, when she was hired by the RCMP and positioned at their Headquarters in Montreal. In June of 2006 Julie moved to British Columbia and transferred to the RCMP Headquarters in Vancouver.

In March of 2013, Julie was hired by the West Vancouver Police Department in the Administration Branch. In 2015, Julie moved to Payroll and Human Resources and went on to earn her Human Resources Management Certificate from McMaster University in August 2019.